“Quitting has never been an option for me.” – Megan Biging

Today’s conversation is with Megan Biging.

Megan is an ocean rower. Prior to a mutual friend introducing us, I had no idea what that was.

Well, maybe I had a little idea because I had heard of Roz Savage who also does this thing. But it was (and is) so far out of my realm of knowledge that I couldn’t even conceive of what ocean rowing is.

Anyway, Megan, along with her rowing partner, Vicki Otmani, rowed (I mean r-o-w-e-d) across the Pacific Ocean, from Monterrey, California to Honolulu, Hawaii. They spent 57 days on the water before crossing the finish line. And in doing so, they set a World Record and that was for a female pair in a Classic rowing boat having navigated that passage.

Though there are some people who have rowed the oceans on their own, meaning they are not part of an event or race, Megan and Vicki rowed as part of the Great Pacific Race. They raced in 2016 against 7 other teams, so there were other teams that included either two or four members, and only six teams ultimately finished that year, Megan and Vicki being two of them. 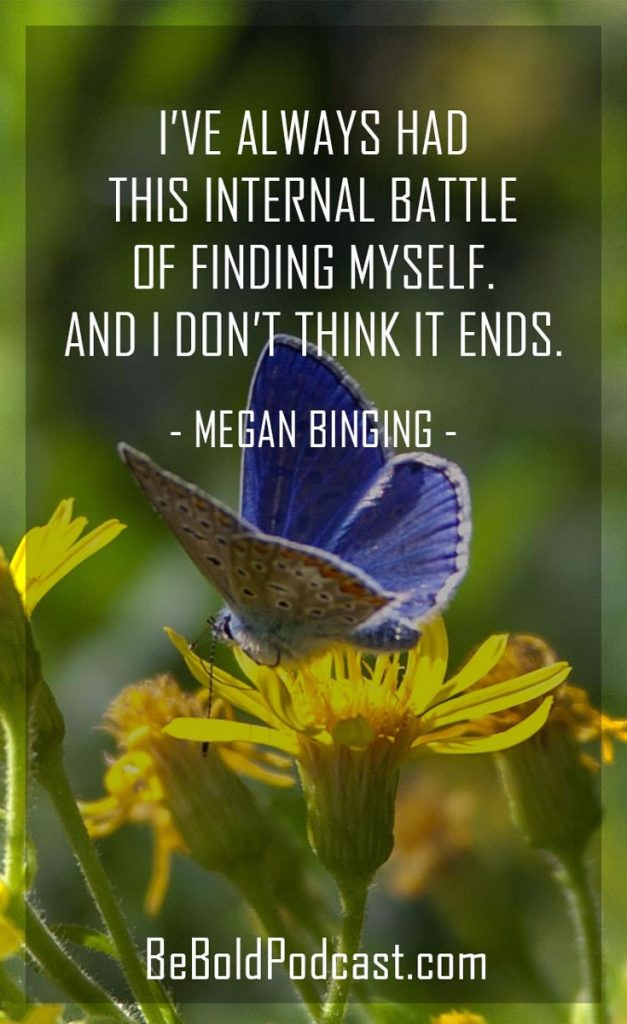 Can you imagine? I could not.

I’ve included a photo of Megan in her boat here. That alone might blow your mind. But when you hear her story, it’ll blow your mind further to think that they rowed their way for 2,400+ miles over two months through hurricanes in that boat. I still can’t fathom it.

So…Megan and I had quite a lengthy conversation, mostly because I had so many questions about logistics and trying to understand the how and why and what that led her to making the decision to spend 11 months preparing for it and then two months on the water. And then what it was like to come home after what was truly a grand adventure.

Even if you’re like me and have no idea what ocean rowing is about, I know you’ll really enjoy this conversation. Because ultimately, it’s about a person who had an idea that she could do something—and even she admits this was not her “dream.” But she warmed up to the idea after seeing how excited her friend, Vicki, was about it. And even though on paper it looked like a ridiculous idea, she couldn’t help but follow her gut that this was an opportunity that she could not miss.

She does not have any regrets but as you’ll hear, returning home was a bit of a let down. Of course, you can’t do something epic like that and then not feel a bit disappointed or depressed when you return home. It happens to me after every great trip I take!